BIGSPD are pleased to announce that Oliver Dale and Julia Blazdell have been elected to continue their successful leadership of BIGSPD as co-presidents following their strong and uncontested application. Thank you, Oliver and Julia – we look forward to continuing to work with you! 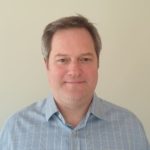 Dr Oliver Dale is a Consultant Psychiatrist and a Jungian Analyst. As the clinical lead for the Community and Recovery Services of Hammersmith & Fulham he is working with colleagues to deliver the Community Mental Health Framework as a part of the NHS England Long Term plan. As an executive member of the General Adult Faculty (Royal College of Psychiatrists) he co-edited the RCPsych Position Statement on Services for People Diagnosable with Personality Disorder. During his time as clinical lead for the Cassel Hospital he worked with the West London NHS Trust’s Managed Clinical Network for Personality Disorder to develop a model of co-produced, multi modal and multidisciplinary psychological education, training and consultation. He has spoken widely and published papers on the concept of personality disorder; services  design; co-production; social psychiatry and relational practice.

Dr Julia Blazdell is the Network Coordinator for the Managed Clinical Network for Personality Disorders in WLMHT, as well as being a freelance Educational Consultant for the Institute of Mental Health and a service user consultant for Psychological Approaches. Julia is also a trustee of the Cassel Hospital Charitable Trust.

Formerly a manager with Emergence, and before that, a project coordinator with the Mental Health Foundation, she has extensive experience in a range of service user involvement projects, including research, training, consultancy and service design.

Julia is passionate about developing and extending co-production and sees the co-presidency of BIGSPD as an excellent opportunity to broaden current debates around the construct of ‘personality disorder’. 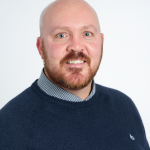 Dr Gary Lamph is a Senior Research Fellow in mental health at the University of Central Lancashire and is a Registered Mental Health Nurse and BABCP accredited Cognitive Behavioural Psychotherapist with over 20 year’s experience working in mental health services.  Gary has worked in a range of services often following new service developments in line with policy led modernisation of mental health services, including forensic inpatients, crisis resolution and home treatment, early intervention in psychosis, psychological therapies service and personality disorder services.
Gary recently completed the National Institute of Health Research (NIHR) Clinical Doctoral Research Fellowship at the University of Manchester. His PhD was entitled ‘Enhancing understanding of the experience of people with common mental health disorders and co-morbid personality disorder traits who present to Primary Care IAPT services’.
In 2011 Gary won the Nursing Times Award in Mental Health for leading on the development of the Wigan Multi-Agency Personality Disorder service. He has a special interest in personality disorder and primary care treatments which is where his current research is focused. Gary is a trained and experienced personality disorder trainer and was a lead contributor in the development of NHS northwest E-Learning programme for personality disorder awareness.

Kirsten Barnicot is a Research Fellow at Imperial College London, with a 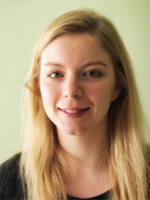 background in academic psychology and social psychiatry.  Her areas of interest are the psychological treatment of personality disorders, post-traumatic stress disorder, self-harm, perinatal psychiatry and parenting research. Her PhD research at Queen Mary University of London focused on treatment processes in dialectical behavior therapy for personality disorder. She is currently completing an NIHR Postodctoral Research Fellowship awarded to investigate the relationship between post-traumatic stress disorder, personality disorder and treatment outcomes, in addition to conducting research on the epigenetic effects of antenatal anxiety on child development and practicing clinically as a video feedback for positive parenting therapist.

Keir is an Occupational Therapist and DBT therapist with over 20 years experience in mental health care. After working in a therapeutic community he began to specialise in working with people typically diagnosed with “personality disorder”. Keir Completed the KUF MSc in ‘Personality Disorder’ and formed Beam Consultancy to help trusts and individuals avoid prolonged placements in private hospital settings. Keir is active on social media @keirwales and is the co-host of The Wrong Kind of Mad podcast. He currently sits on the Welsh Occupational Therapy Board and the RCP General Adult Psychiatry coproduction steering group.

The following Committee members are elected for 3 years: